What we celebrate matters, and how we celebrate it matters even more. Our intentions create our how and in Halloween's case, how many of us ever stop to question the accepted Halloween traditions—traditions that started ages ago, before America got its name? Traditions meant to ward off evil spirits, or at the very least acknowledge the spirits that were believed to walk the earth during the "thin time" between the end of harvest and the beginning of winter. I'm not afraid of death or spirits and believe in and respect a connection between souls and seasons. What I question is the celebration and general acceptance of gory imagery as "tradition" this time of year.

In my youth, I'd dress up with my friends and we'd have a ball. I lived in a part of LA where streets are the literal backdrop for trick-or-treating scenes in TV & film, so Halloween night was as festive as you can imagine. At the same time, I felt uneasy with the visuals of terror, murder, massacres, and horror that were part of my candy-collecting escapades. What did these things have to do with each other anyway? What was Halloween if I'm happily getting candy amidst decor and costumes that would be a reason to call the police on any other day of the year? I asked myself these questions momentarily because who cared when we were swimming in Skittles and KitKats at the night's end? Life was good!

Well, the older me cares, and for the reasons I questioned what I saw in my youth, my husband and I were relieved to learn that Halloween isn't a thing in Australia. Yet as the day approached—and our daughters' started asking about it—we learned that the "American holiday" has been creeping its way onto the Australian calendar of events. Telling our girls that this country doesn't do Halloween while they see ONE house decorated with zombies, and a few school friends mention that some places offer treats, didn't cut it.

It was time to evaluate what we were willing to do for Halloween to help our daughters transition into new expectations (something we've had to do quite a bit this year). What we did last year in Raleigh—trick-or-treating with close friends in a dedicated neighborhood or family-friendly community event—was not happening. Frankly, Joe and I were happy not to jump on the bandwagon just because we have kids (we wouldn't celebrate the date otherwise). It's not that we don't want our kids to have fun, look cute in costumes, or enjoy the sweet thrill of getting all of the candy their hearts desire. It's that we don't see the value in the subtle and overt displays of horror that go hand-in-hand with festivities.

My detachment from Halloween began when Joe and I lived in London and Malaysia for about three years and the annual traditions of October 31st were nowhere to be seen. When we moved back to the US, I was horrified to see Halloween (and Hollywood, for that matter) through a culturally-shocked lens. This new lens revealed that America has a concerning revelry and desensitization to dark, demonic, and gory things. Halloween is, in some ways, a demonstration of that. During Halloween, it's considered fun to have a zombie slide up to you with skates on their knees while waving a roaring chainsaw in the air. It's fun to put fake blood on your neck and splatter it all over your clothes to look like you were killed, or better yet, killed yourself! It's fun to go into a haunted house, read "bloody murder" on the walls, and then turn to see a masked person with a knife in hand. It's all fake, and that's what sooo fun about it! Don't you get it?!

Nope, I don't get it. I've tried to understand, partake, and enjoy experiencing all of the above (literally some of the things I encountered during Halloween activities in my teen years), but none of it ever felt right. It never felt right because it's fucked up. How is it possible to delight in witnessing (and derive pleasure from participating in) scenes that resemble the horror we read about and see on the news daily? Slashed throats, bloody bodies, and psychotic clown masks do little to support a healthy collective psyche, a psyche that needs more hugs than frights. Halloween is so engrained in American culture that well-meaning magazine articles don't question this side of the holiday; it's all in good spooky fun, they say. Even publications that question more than the usual simply put out a list of favorite scary movies. All in good fun because it's fake, and well, it's what we've always done. But what are the unseen consequences of playing with and in such experiences year in and year out?

Every time I try to think of a redeeming value for the violence of it all, I come up empty. In this History of Halloween article, the author attempts to make a case for Halloween's horrific side, stating that "many of the costumes represent the universal fear of death and the unknown which, for a night anyway, is mastered as one becomes that which one would normally dread and, transformed, neutralizes that fear. At its most basic level, Halloween is – or can be – a triumph of hope over fear, which is most likely what it also meant to the ancient Celts at Samhain thousands of years ago. Perhaps being a triumph of hope over fear." This makes sense on a humanistic level, but after considering the Mischief Night origins mentioned in the same article, I can't help but think of the last horror film I ever watched: The Purge, where society agreed it was okay to be terrifyingly awful once a year. So yeah, still coming up empty on redeeming value when it comes to the gruesome side of things.

While I believe that fun doesn't need to happen at the cost of terror, I recognize that other people love to scare and to be scared, mainly through said terror—Hollywood has an entire genre to support this. There's nothing I can do about that other than not watch the content they put out, and there's nothing I can change about how other people choose to experience Halloween. However, I can decide what Halloween means and looks like for our household...if we continue doing anything at all.

Being the transition year that it is, we opted to do something. While the girls were still sleeping this morning, I drew ghost faces on bananas and triangle pumpkin eyes, noses, and mouths on mandarines with a black Sharpie. They were surprised, a little delighted, but mostly concerned about damaging the fruit (ha!). Later in the morning, our eldest cut out a ghost from white butcher paper and hung it in the doorway of the hallway with a string to pull and "scare" us when we walked through—she had stayed home from school due to a slight cold and took it upon herself to decorate a bit; her decor turned out great. In the afternoon, I called both girls into the kitchen to "trick or treat." They looked at me with suspicion but then smiled ear to ear when I gave each of them a platter full of chocolate sweets that Joe had bought from our local chocolate shop (plus a Ring-Pop and a mini knitted jack-o-lantern purchased from the NC State Fair last year to make the candy dish "festive"). Getting candy while wearing costumes is really what they're after, anyway, so for dinner, using whatever we could find around the house, we all dressed up: Nico, our youngest, was a magical ballerina princess, Hazel was a sloth, Joe a construction worker of sorts, and I a cowgirl. The girls were happy to dress up and be silly, and we were glad to see them happy. By that point, Hazel had resigned to the fact that we weren't trick-or-treating, but Nicola was barely wrapping her head around it, asking when Halloween was starting (trick-or-treating at night) and why we didn't have real pumpkins outside. She screamed the latter question in her disappointment. Thankfully the heavy rain outside helped our case for staying in because, as Hazel put it, "no one is trick-or-treating now." And thankfully, we have two very resilient and adaptable girls, two little humans we get to nurture in this world as best as we can. And for us, that means sticking with the treats and, at most, a spooky paper ghost hanging in our hallway as the trick. 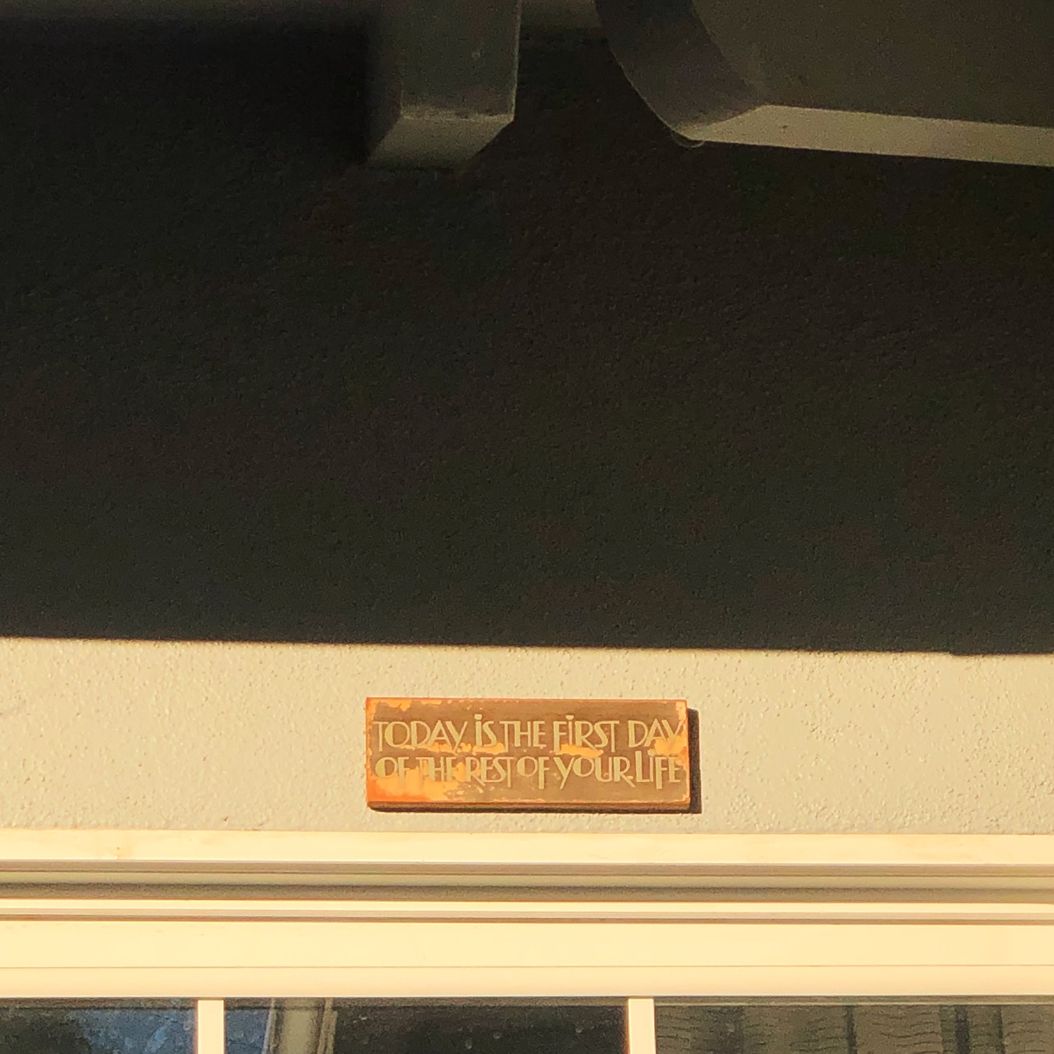 One first day at a time 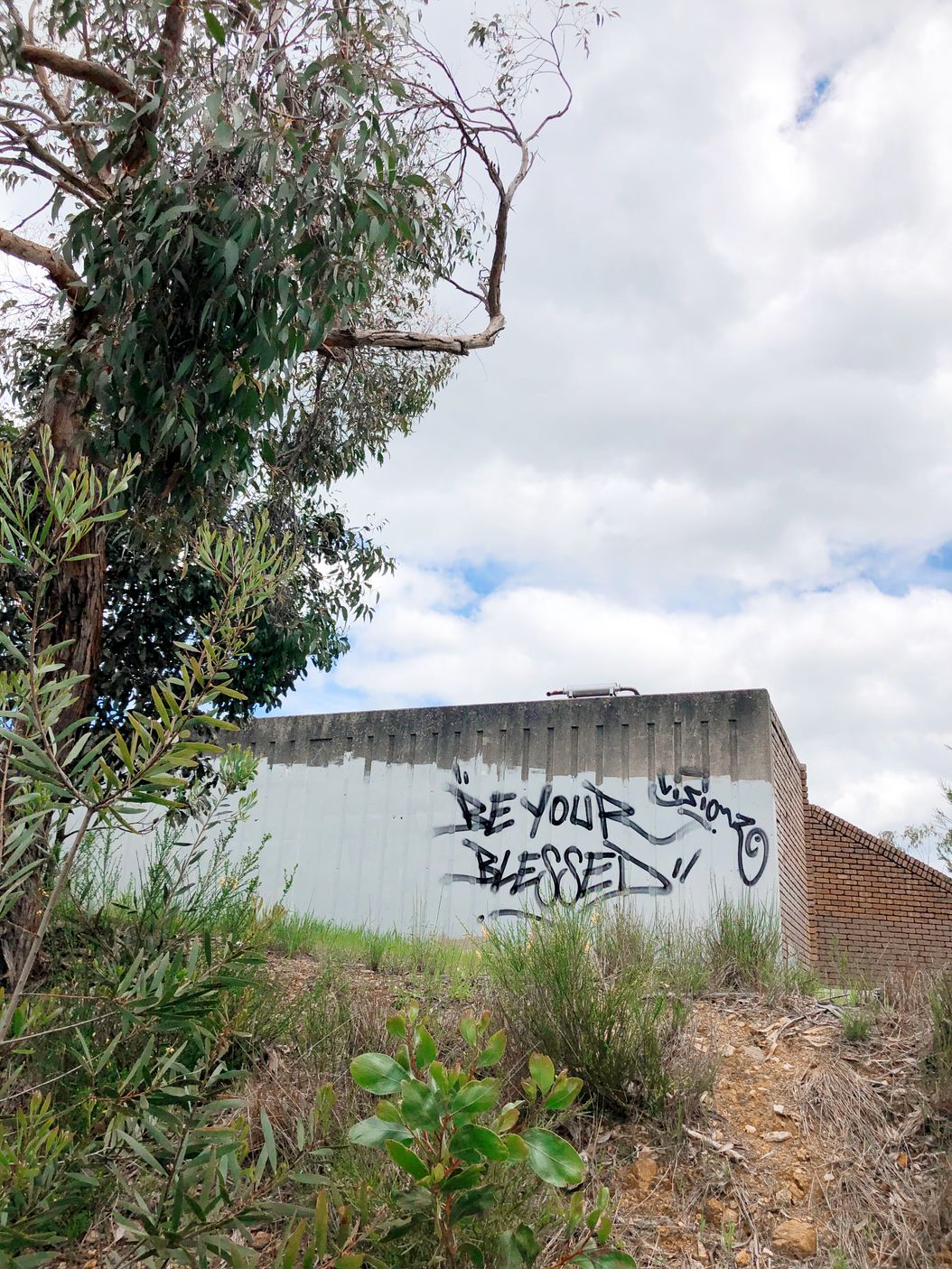